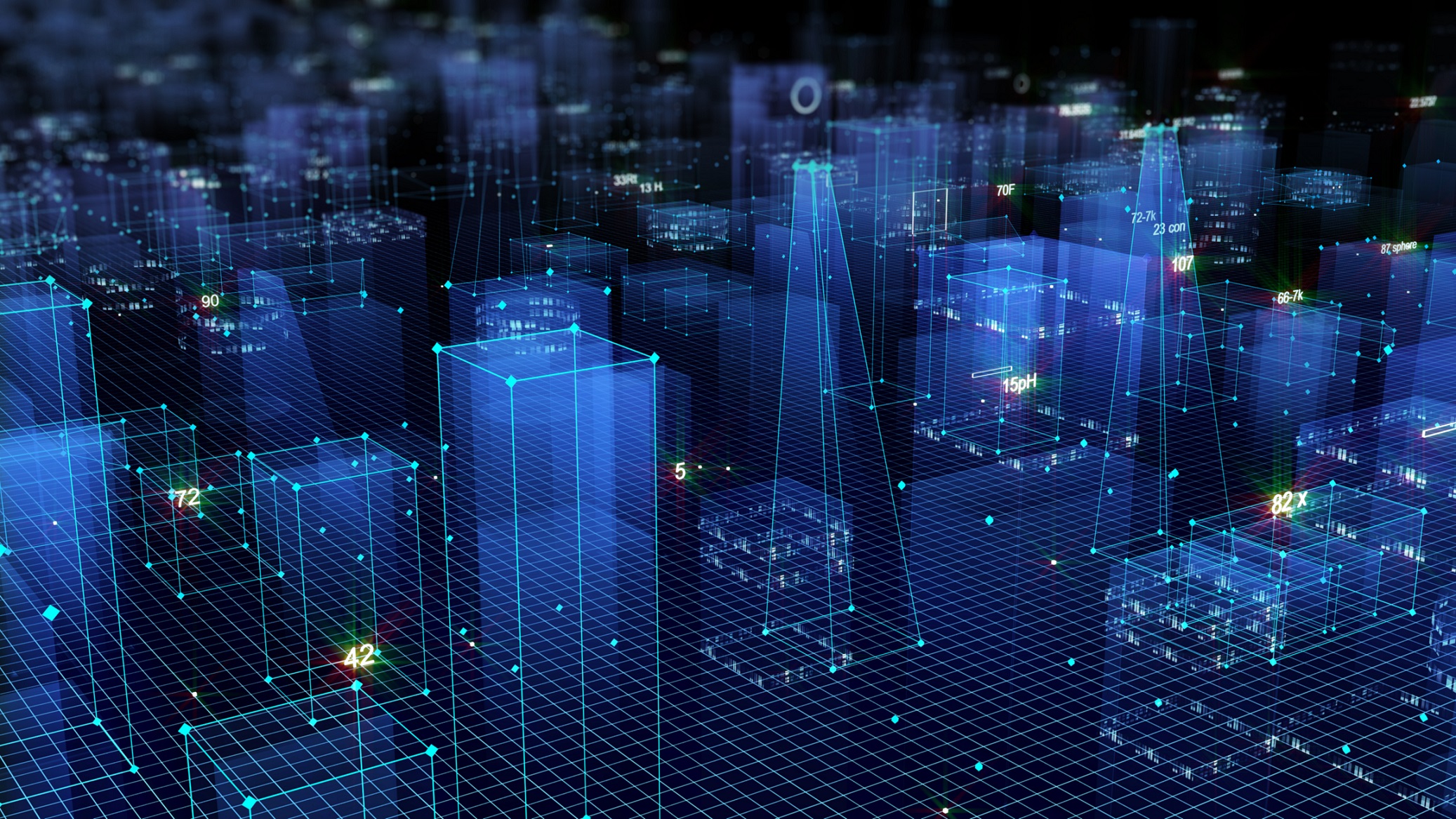 
The blockchain smart contracts to handle NFT assets and their meta data.
Test Contract cx113c7c978ff6f9813525790a5bd1f9eb9d918eda
Updated 4/21/2022
Update 5/17/2022 - smart contract updates to facilitate ship scrapping have been implemented on sejong test network.
Update 6/17/2022 - numerous fixes and refinements for tracking ownerships states and fixing bugs have been pushed to sejong.
Update 7/20/2022 - contract was copied to the berlin test network and testing has been finalized.
Update 8/17/2022 - Moved to "Completed".


The blockchain smart contracts to handle NFT trading, selling and the purchase of asset packs.
Test Contract cxbd0331fa1ec48b2746bba8b1e2c88db09f2efbe1
Updated 4/21/2022
Update 5/17/2022 - Smart contract updates to facilitate bonus minting for VOID tokens have been implemented on sejong test network.
Update 6/17/2022 - Implementation of scrapping, buying and selling and numerous fixes are now on sejong network.
Update 7/20/2022 - Moved to "Completed". Contract was copied to the berlin test network and testing has been finalized.


Allow users to purchase asset packs that contain a guaranteed number of ships and VOID tokens using bnUSD and ICX through the website.
Update 6/17/2022 - Asset pack purchasing, web interface and blockchain integrations are available for testing and can be seen here.
Update 7/20/2022 - Moved to "Completed". Asset pack functionality has been tested and finalized in preperation for launch. Functionality can be viewed here.


The marketplace web interface that integrates with the blockchain SCORE to facilitate the trading of NFT assets.
Update 6/17/2022 - Marketplace functionality including listing assets for sale as well as browsing or purchasing listed assets for ICX, bnUSD and/or VOID is now available for testing. Owned tokens can be listed via the templates page accessible from "my collections" when logged in to a wallet that has asset ownership or by navigating through Inanis Collections to owned templates. Browsing and Buying can be tested in the Inanis Marketplace
Update 7/20/2022 - Moved to "Completed". Marketplace functionality has been tested and finalized in preperation for launch. Functionality can be viewed here.


The first phase of 30+ ship NFT assets and their corresponding attributes, rules and unique art.
Update 5/17/2022 - Core collection art has been completed and is being polished and refined. Ship meta data is being generated.
Update 6/17/2022 - An additional 10 pieces of unique art have been commissioned, expanding the initial collection to 40+ unique types.
Update 7/20/2022 - The art has been finalized for 34 of 40 templates and the meta data is being compiled and prepared for insertion into the live network smart contracts.
Update 8/17/2022 - Moved to "Completed". The "Alpha Collection" art has been completed and loaded into the smart contracts for our official launch. You can check out the Alpha Collection here!


The online and browsable beta version of the Inanis Invictus game rules.
Update 7/20/2022 - A large poriton of the ruleset has been loaded into the content management system. Integrations into the web interface are ongoing and expected to be completed soon after launch, if not before.
Update 8/17/2022 - Moved to "Completed". The beta version of the gameplay rules is online and viewable here! The gameplay rules will continue to be refined and balanced and expanded going into the future.


A template browser allowing users to review all available NFT templates, review their meta data and game attributes, art and basic statistics such as availability, number of owners and more.
Updated 4/21/2022
Update 5/17/2022 - Template browser is now in testing and refinement and can be seen here.
Update 7/20/2022 - Moved to "Completed". Template browser has been completed and is ready for launch. Browser functionality can be seen here: here.


Allow users to trade VOID tokens for additional NFT minting chances with tiered effects (as an example, 500 VOID to mint another random ship, 1000 VOID to mint a ship of "Honored" or rarer and 2500 VOID to mint a ship of Legendary or rarer).
Update 5/17/2022 - Smart contract updates have been implemented, front end integrations are in progress.
Update 6/17/2022 - "Bonus Packs" are now fully implemented and testable from the Asset Packs page.
Update 7/20/2022 - Moved to "Completed". Bonus pack testing has been fully integrated into the front end and the smart contracts have been tested. Bonus packs are finalized for launch.


Allow users to scrap common, honored and legendary ships for VOID tokens based on their command point rating.
Updated 5/17/2022 - NFT Scrapping has been advanced to phase 1 from phase 2 and is in progress.
Update 6/17/2022 - NFT Scrapping for $VOID tokens has been implemented and is available for testing. Owned asset tokens can be scrapped from the template detail page, accessible from "My Collections" or by navigating through the Inanis Collections page to an owned asset template.
Update 7/20/2022 - Moved to "Completed". NFT Scrapping for $VOID tokens has been fully integrated into the front end and the smart contracts have been tested.


Build an interactive ship sheet and gameplay tracker for use when playing tabletop game matches of Inanis Invictus!
Updated 8/17/2022 - Moved from "Planned" to "In-Progress"


Create a formatted ship sheet that can be printed and used for tabletop gameplay.
Updated 8/17/2022 - Moved from "Planned" to "In-Progress"


Design and make available printable ship, aircraft and weapon tokens for use in Inanis Invictus tabletop games. These tokens will, eventually, be expanded/replaced by printable and purchaseable 3-D models of owned tokens.


Make the Inanis Invictus ruleset available as a downloadable and printable PDF for Tabletop Gameplay references.


Implement marketplace auctions allowing owners and collectors the option to auction their NFT assets instead of directly listing them for sale.


Provide the option for owners of Limited and Distinguished ships to license their ships to allow other players access to the template assets such as ship sheet, 3D model or digital gameplay access.


Update gameplay rules updates for modules.
Updated 7/28/2022 - Plans for modules have been modified. Instead of NFTs, modules will be optional rules that can be applied to ships from a list of pre-defined options.


Design & Launch the Gamified NFT staking model and platform.
Players will be able to create task forces, made up of ship NFTs, and use these task forces to participate in "Tasks" and "Missions" to earn VOID or additional NFTs as a reward. This is a web based gamified staking feature.
Task forces will have stats derived from the ships included in the fleet that will change how they perform in various tasks and missions. Task forces will require upkeep in $VOID to continue operating and may take damage and be repaired using $VOID over time.
Tasks will be long term assignments for a task force, generating a low yield with a low risk, allowing players and collectors to stake their NFTs over long periods. Tasks will have meta statistics derived from global participation that determine yield rates, upkeep and damage to task forces.
Missions will be a randomized and expandable collection of events that players will be able to access daily and use their fleets to participate in. Missions will have a series of challenges and decision trees with variable success rolls modified by the fleets capabilities. Players will earn $VOID and/or opportunities for additional NFTs as a reward for their efforts.
Updated 7/28/2022 - Clarification plans for Tasks and Task Forces
Updated 8/17/2022 - Moved from "Planned" to "In-Design"


Design and create an additional "core" collection to be made available in asset pack purchases. Core collections are fully featured collections containing ships of every type and rarity. Asset packs must contain at least 1 core collection.


Expand features to allow asset pack purchases and other Inanis Invictus blockchain features to be accessed from BTP supported blockchains.


Add support for other digital assets as payments or mediums of exchange on the ICON blockchain network and other networks by leveraging BTP technology.


Allow players and collectors without crypto knowledge or expereince to register with an email and purchase asset packs with debit/credit cards through traditional payment channels. These users will also be able to use the marketplace to buy, sell and trade their NFTs.
The system will manage their crypto wallet automatically, and provide resources for them to understand how to leverage the benefits of their crypto access and features, should they want to.
Updated 8/17/2022 - Moved from "Planned" to "In-Design"

Phase 3 development objectives will be the most involved, but include the planned development and creation of the 3D assets for each ship template in Inanis Invictus to date for both the digital game client as well as 3D printers, an online 3D model viewer, and a digital game client that facilitates player vs player and player vs computer matches using the official Inanis Invictus rules and a user's collection of assets! ETA is TBD currently, but expected to take at least 12 to 18 months from start to finish.


Create and make available 3D model assets for each NFT ship asset in Inanis Invictus that can be used as a standard template for 3D printers and the basis for digital game assets.


Allow players and collectors to make ad-hoc purchases of 3D printed versions of ship NFTs in their collection or other NFT ships for a licensing fee from their owners.


Create a digital version of Inanis Invictus that allows players to play player vs player game matches on desktop or mobile. Players will be able to find and create game matches or play in hosted tournaments using their NFT collections in various game formats.


Design and publish a hardback version of the Inanis Invictus ruleset available for retail purchase and distribution.


Launch an Inanis Invictus art book featuring the art of Inanis Invictus. NFT owners can opt into allowing access to their artwork and earn a pro-rata commission on each art book sale.

There are even more plans and ideas we have for the future of Inanis Invictus including 4x strategy elements and gameplay components, additional content, other game formats and more. Phase 3 development will mark the official completion of planned development, but will be only the beginning of our endeavor to create and expand a vibrant and engaging gaming universe!